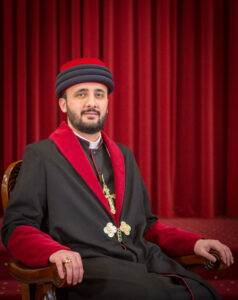 ‘God grant knowledge, to the one who loves knowledge. And the master who teaches excellently, make him great in Your kingdom.’

This College provides unique Theological Studies that are in accordance with the most ancient church in the world. The history of the Assyrian Church of the East (Church of the East), over many centuries, comprised the major ration of Christianity, was almost unknown to the West, except for a few reports. The foundations of the Assyrian Church are to be traced to the very first decades of the Apostolic times.

Today, the majority of the members of the Assyrian Church have fled their ancestral homelands of Assyria due to persecutions and settled in America, Europe, Australia, New Zealand and in recent years many have become refugees throughout Middle East. Nisibis Assyrian Theological College will become the spiritual and educational centre of the Church once again and will continue to enrich its clergy, laity and anyone interested to study with us the teachings of a missionary and martyred church.